As part of RBA-Initiative phone call interviews about young people who are making an important social impact on antimicrobial resistance”, we had the pleasure of interviewing Alphonce Mnyavanu.

Alphonce Mnyavanu is an AMR ambassador who attended RBA Initiative's AMR School club in 2020 as a student at Mkonze secondary school in Dodoma Tanzania. Alphonce is advocating for AMR with the RBA-"AMR Initiative's Balozi campaign" and continues to share his AMR knowledge with primary school children. He is about to enter advanced level in order to pursue his future ambitions.

Thank you so much for joining us in this interview series! Before we start, our readers would like to get to know you a bit. Can you tell us a bit about you?

My name is Alphonce, and I am an 18-year-old Dodoma resident. I live with both parents (father and mother). I spent some time in Iringa during my holiday. The AMR school club has aided me in a variety of ways, including increasing my self-confidence as the leader of the club at school, raising awareness and knowledge about the rational use of medicines, and allowing me to reach out to others who lack this type of education.

Let’s now jump to the main part of our interview. You are currently an AMR ambassador who is trying to make a social impact. Can you tell us a bit about what you are trying to change in your community today?

The RBA Initiative AMR School club project is crucial because it raises awareness in the family, society, and nation as a whole. When you educate a family, you are also educating a society, and when you educate a society, you are educating the entire country. For example, I educated primary school children and community members about the rational use of medicines and AMR at churches and village meetings, this has increased the potential to more people becoming aware of AMR as a threat and taking appropriate measures to combat it. The RBA Initiative AMR school clubs have a huge need to expand to other areas, such as schools that do not have AMR Clubs and other cities and villages that do not have access to this type of education.

The Balozi campaign forced me to meet and familiarize with new people, as well as educate them about AMR. I have gained more confidence as a result of my visits to five churches, local village meetings and one primary school (Itungi primary school) in rural settings; as a result of this campaign, I have reached 700+ people.

Can you share the most interesting story that happened to you since you began RBA Initiative’s-AMR School Club?

My attitudes toward medicine consumption, storage, and purchase have changed; they are no longer the same as they were prior to the training, when I was unaware of how to properly dispose of my medications.

In addition, when I arrived in Iringa, I discovered that many of my family members were sick with the flu, and I informed them that taking antibiotics at that time was incorrect, and that they should visit a health center first. My sister arrived from Dodoma the next day with the same flu, and I told her the same thing. I stayed there for a month and saw some changes. My family members would visit a health center before purchasing medicines, and their conditions improved.

How do you see the community and government engagement in containing AMR?

More people's involvement is required because this will promote the rational use of medicines. Prevention is better than cure, as I have learned after receiving training from RBA Initiative-AMR School Clubs, as I am now taking all necessary precautions such as hand washing and keeping my environment clean in order to avoid becoming ill.

Furthermore, the government must provide more resources in order to reach a large number of people, particularly schoolchildren, who are unaware of the problem.

It was great talking to you, thank you so much. I wish you success and great day, till next time!

Thank you so much! I wish you a wonderful day as well and a big thank you to the RBA Initiative for continuing to support former AMR Club members like me in spreading the AMR message! 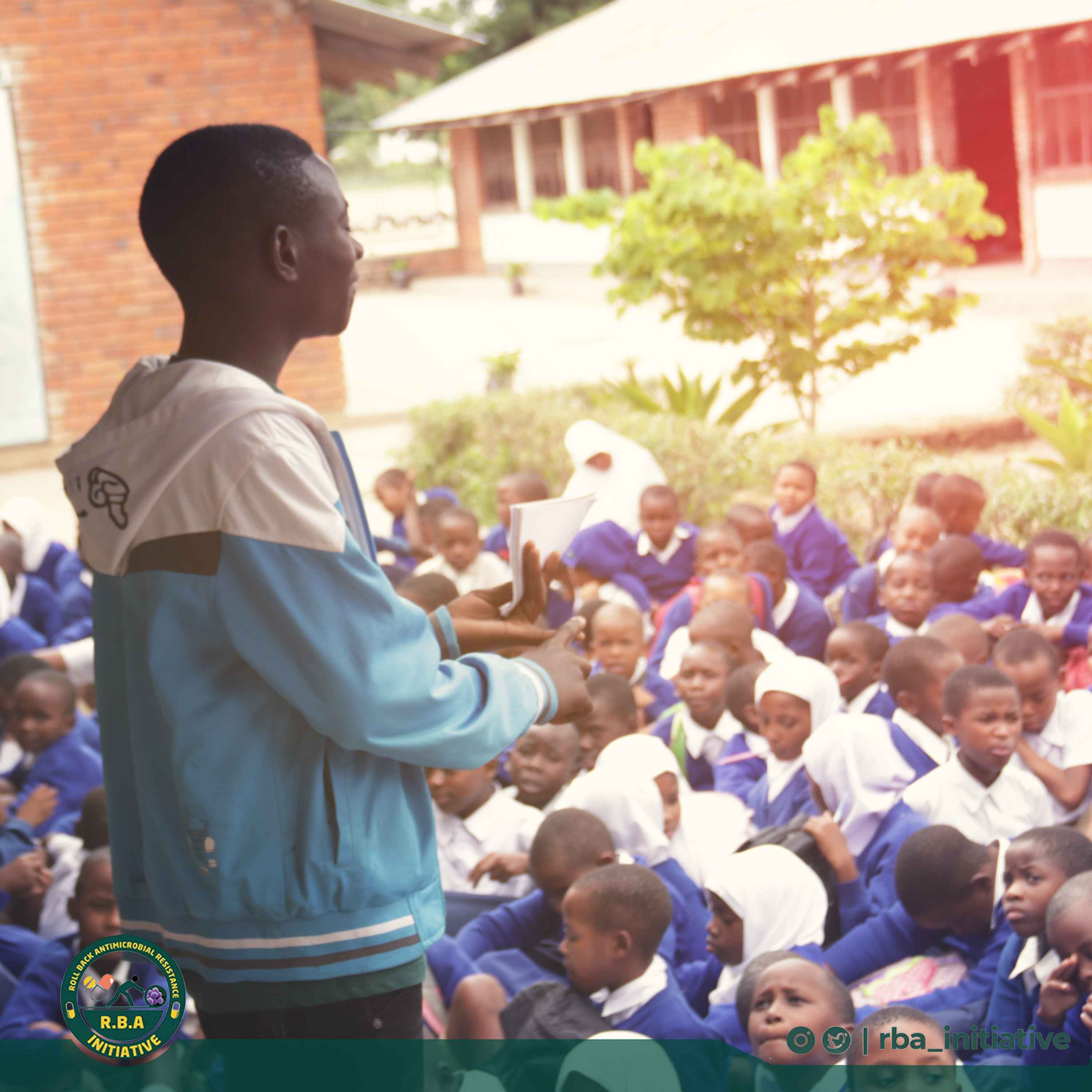 The RBA Initiative Board Announce the appointment of an acting CEO, Baritazar.K. Stanley