My name is Nawwal Nassor Mohammed, and I am 17 years old, soon to turn 18. In the year 2020, I joined the RBA Initiative AMR Club in Dodoma, where I was studying for my ordinary level. The RBA Initiative AMR school club was a once-in-a-lifetime opportunity for me, and it has helped me in a variety of ways, including educating others on how to contain AMR.

Before attending the RBA Initiative AMR Club, I would go directly to the drug outlet where my mother used to send me to purchase anti-malarial tablets (ALU) without a prescription and testing. Thanks to the RBA Initiative’s AMR club, I’m now a change agent on the self-medication issue. I am extremely concerned about AMR, and it’s all because of what I have learned about it. Perhaps I wouldn’t have been so concerned about AMR if I hadn’t learned about it through the AMR club.

While I was waiting to begin my advanced level studies, I was given the opportunity to teach a group of school children. As a volunteer teacher at Post modern Pre and Primary school I am excited to share what I have learned about AMR with everyone. They may not have fully understood the AMR concept, but they are aware of it. This is crucial because if I teach 30 school children about AMR and improved habits like hand hygiene, they will teach others in their homes, and once every citizen has been taught, our economy will profit from lower hospital costs.

There is a fundamental need to continue this education because if everyone did what I am doing now, we could raise awareness and share knowledge about AMR significantly and save many lives. If you compare Nawwal before and after attending the RBA Initiative’s AMR School club training, you will notice a significant difference!

Every time I become sick since the training; I go to the hospital for a diagnosis before taking any medication. As a result of the AMR knowledge I gained, my family is also aware of AMR!

What are some of the obstacles Nawwal is up against as she spreads the word about AMR?

I have attempted to teach people about AMR, but it’s been tough to persuade some of them to change because they have this mindset that purchasing medicines from drug stores is the best option anytime you are sick. However, every time I educate people about AMR, they become aware of it and its consequences. I get positive feedback every time I educate.

Not just to monitor a group of 30 school children at her school, but also Nawwal has reached 220 pupils educating them about superbugs! 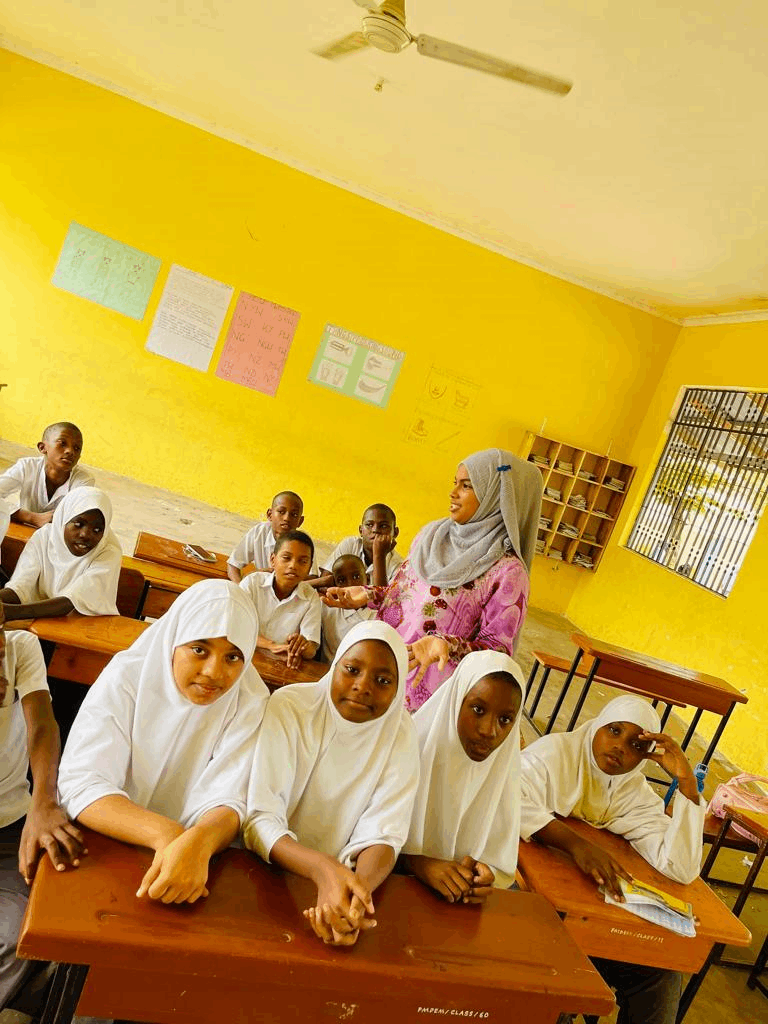