RBA Initiative has introduced a new program to reach school children in primary schools in Dodoma region. The program is dubbed ‘’An AMR Balozi campaign program’’. ‘’Balozi’’ is a Swahili word that stands for ‘’an ambassador’’.One of the key objectives of the Tanzania national action plan on AMR is to improve awareness and understanding of AMR through effective communication, education, and training and we believe further engaging the school children in their formative ways is the best way to go!

RBA Initiative has successfully engaged secondary school students through its AMR School Clubs Program developing them as AMR champions. As a result of capacity building to teachers and members of AMR clubs at secondary schools

trained students and teachers are AMR champions and a great resource for further AMR awareness activities to reach a wider group including primary schools.

It is in this regard that the RBA Initiative has introduced an AMR Balozi program to primary schools to raise awareness about antimicrobial resistance to school children in Primary schools.

The primary objective of an AMR Balozi campaign program is to raise AMR awareness to school children at primary schools and make them ambassadors of positive behavioral change that will slow down AMR. School children will be influential in changing behaviors to their parents, family, and the community at large. Since its inception, the AMR Balozi program has already reached more than 2000 school children in Dodoma region. This will be an ongoing campaign.

We are already excited for this new program and the new AMR ambassadors it will create.RBA Initiative calls upon more stakeholders who can support RBA Initiative's work. 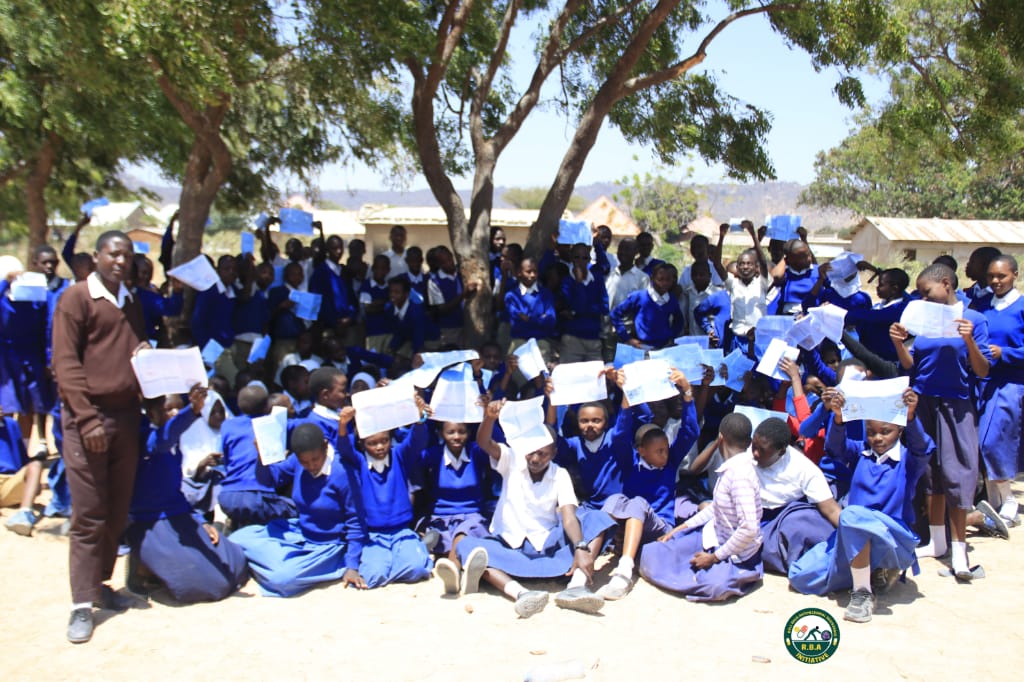