Taking into consideration the difficulty of reaching a large audience directly in the COVID-19 situation, the RBA Initiative, with funding support from the South Center, wanted to reach the community at large with key AMR messages while keeping the number of people reached directly to a minimum. In this regard, the RBA Initiative introduced the WAAW "bajaji" campaign in Dodoma, Tanzania as part of the World Antimicrobial Awareness Week (WAAW) 2021. Following the success in 2021, this methodology has been used even after the COVID 19 situation. Three-wheeled motorcycles are commonly known as "Bajaji" in Tanzania and as "tuk-tuk" in some other parts of the world. This project has been using the three-wheeled motorcycles "bajaji" to disseminate the AMR messages to the community through the advert with key AMR messages in the Kiswahili language, placed behind the "bajaji" as well as series of other structured activities.

Furthermore, the bajaji drivers are trained on AMR and distribute AMR flyers to their passengers and the general population. The three-wheeled motorcycle, "bajaji", is mostly used as a means of public transport in the city of Dodoma and other parts of Tanzania.

One of the bajaji drivers, Mr. Haule Gwasa, said, "As a bajaji driver, I have learned that it is not appropriate to use medicines without seeking advice from the healthcare providers. I used to go directly to buy medicine, including antibiotics to the drug outlets but through the knowledge, I have received, I will now be going to the hospital and seeing the doctor before buying any medicine. I will also be an ambassador to my fellow bajaji drivers and the community. " 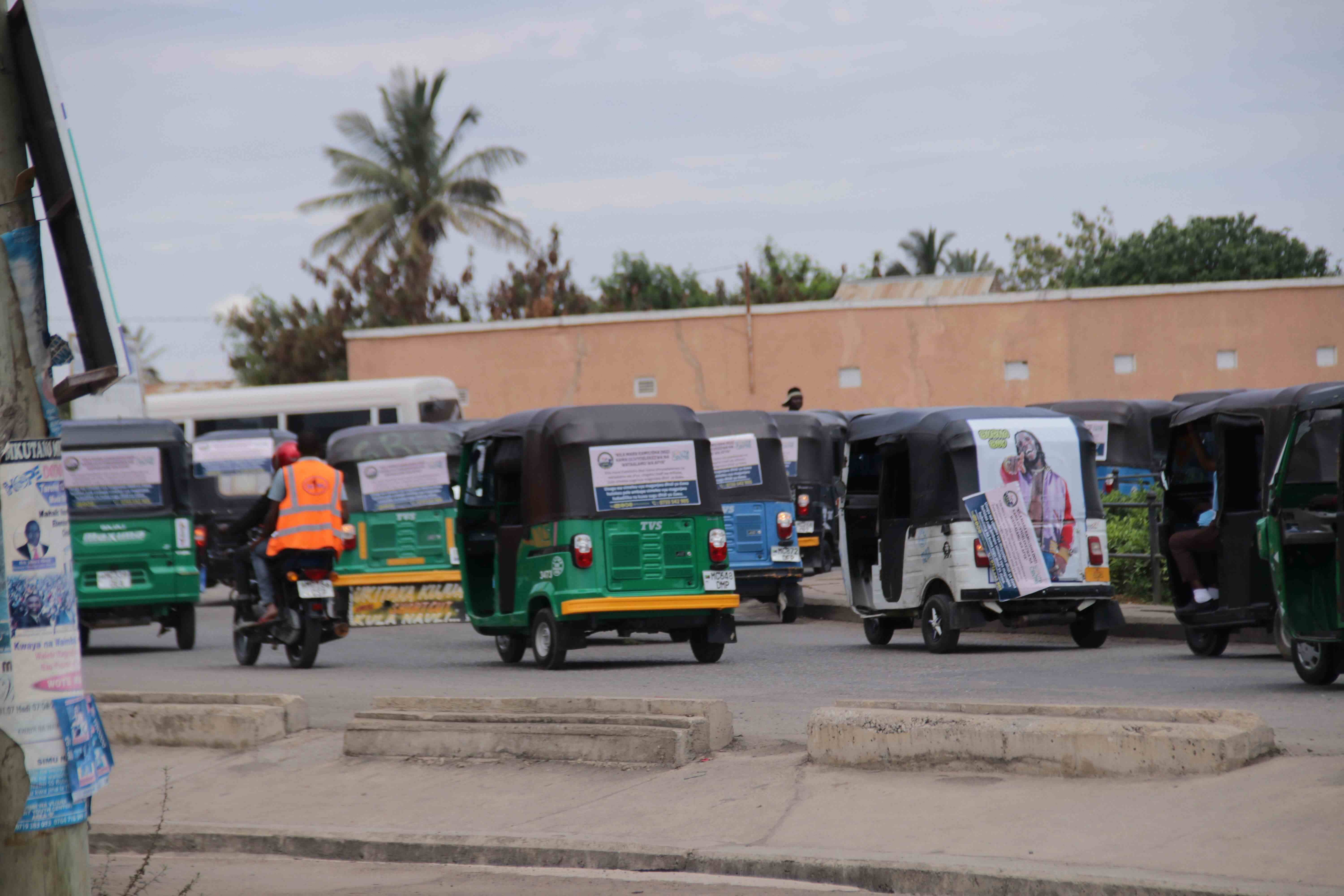